5 Reasons Why You Should Be Watching HBO’s WestWorld

Game of Thrones is about to end. Just two more years and we would be reaching the season finale. HBO has been keen on producing a Game of Thrones spin-off, and why not? There are many things on which they could work on like Robert’s Rebellion, Mad King, Rhaegar Targerean or may be even Jon Snow. In amidst all of this, HBO has managed to pull off another stunner. WestWorld just made its debut to the TV screens and this series might prove to be a bigger success than the Game of Thrones. The season premiere got more Television Rating Points(TRP) than any other HBO show. In this article I will give you 5 reasons so as to why you should be watching WestWorld.

5 Reasons Why You Should Watch WestWorld 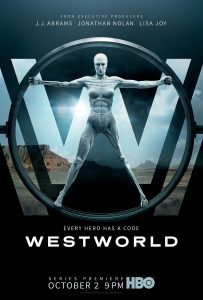 2.Fill Up The Wait Period Between Game Of Thrones

We all know Game Of Thrones season 7 would be premiering next year in June or July. WestWorld is a perfect show which could be enjoyed as an alternative to Game of Thrones. I am sure the upcoming episodes will in dice people even more to watch it. 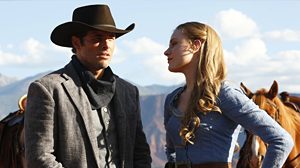 The acting by the lead actors in simply marvelous. This is a clear indication so as to why HBO TV series are such a big success. They never compromise with the quality of the actors which is a thing which should be really appreciated. 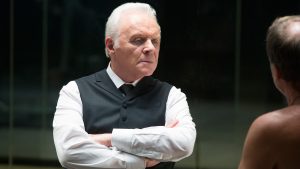 Like I said the concept of this TV series is totally different. It would be very difficult to provide a gist so soon. Let’s just say that it should be a very interesting series to watch. The way the first episode ended made people wondering, what’s next?

It is a stunning thriller. A thriller is something which makes a person read or watch more and more. WestWorld exactly does that. The series premiere was really great and I think they would be carrying good momentum to their second episode.

Brendon Ward
His name literally means a 'Traveler'. And coincidentally, Brendon is a traveler by profession and passion. His wanderlust takes him to known and less known places across the globe. However, his first love is his country, USA.

As elaborated in the previous part, categorizing or bracketing with a bird’s eye views of Dr. Rajkumar’s monumental works amounts to gross injustice but...
Read more
EDITOR PICKS

Encomiums fail to flow freely describing the innumerable exploits of Dr. Rajkumar on the silver screen of Kannada Films where he was an undisputed...
Read more
EDITOR PICKS

After making her Hollywood debut opposite Vin Diesel, Bollywood star Deepika Padukone wants to work with Ryan Gosling as she loved his performance in...
Read more
EDITOR PICKS

In my opinion, the Apex Court’s ruling that the National Anthem should be played before all film screenings at cinema halls across the country...
Read more