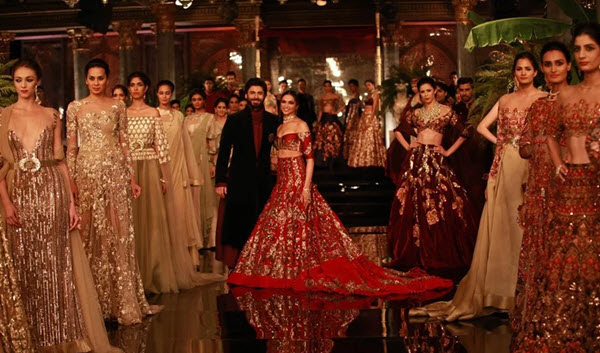 Fashion designer Manish Malhotra’s show showcased his latest collection “The Persian Story” at the FDCI India Couture Week 2016 and actors Deepika Padukone and Fawad Khan turned to be the perfect showstoppers for the collection. 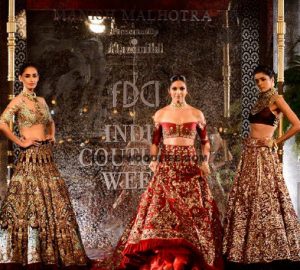 Manish Malhotra’s show was held at the Taj Palace in New Delhi on Wednesday, where the suave looking Pakistani star was welcomed to the ramp by loud cheers and whistles from the crowd as he walked in a black kurta and deep maroon palazzo-pyjama and opened the grand show for the designer.

Deepika, who was chosen to close Manish Malhotra’s show, stunned the audience as she looked ravishing in a beautiful off shoulder choli, with intricate gold embroidery and a long-trailed lehenga. The Bajirao Mastani star also wore a polki-pearl choker and a hath-phool from Hazoorilal by Sandeep Narang. 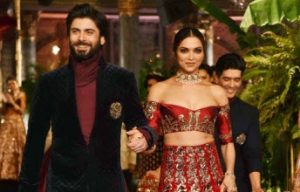 Talking about the fabulous showstoppers, Manish, who has styled globally known names like Michael Jackson, Reese Witherspoon, Kylie Minogue and Naomi Campbell, said: “I am so thankful to Fawad for being here and dearest Deepika. I know her since she was a model and her first film. It’s a very special moment.”

Deepika, who started her career as model, said the ensemble she donned at the event was the heaviest. “The last time I walked for him (Manish Malhotra) I thought that (outfit) was the heaviest. This is much, much heavier,” she said. 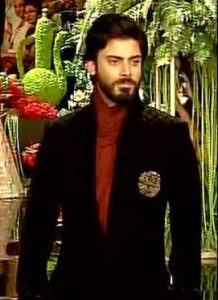 For Fawad, who made his debut in Bollywood in 2014 with the romantic comedy Khoobsurat, this was the first time on the Indian runway and shared that the experience was “daunting.”

The designer tried to recreate the magic of Persia by replicating the traditional marble motifs, popular Persian chandeliers which added more spunk to the entire feel of the event and a small shamiana (a marquee), which helped the models exiting the ramp. 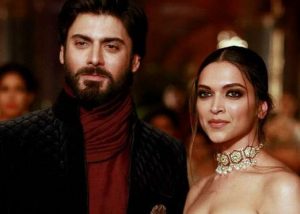 Talking about his inspiration, the designer told reporters here: “I had Persian Story’s idea in mind for so many years. I love Persian architecture, I like the colour schemes of Persia, music and that was a concept I had in my mind and that’s how it got generated.”

Undertaking Mega Projects in Eco-Sensitive Areas Should be Well Thought Out!