A smartphone is launched with lots of amazing features which are just out of the box. However, they all are not fully protected from sudden problems; especially getting wet in the rain. But there are some smartphones that are resistant to water and here are seven such smartphones:

It was Sony who started high-end water resistant smartphones when it announced the Xperia Z in 2013. Since then, almost all its high-end Xperia smartphones have been able to survive even in water. In 2015, Sony launched its Xperia Z range: Xperia Z5, Xperia Z5 compact and Xperia Z5 Premium. All three smartphones are different in specifications, but have the same degree of water and dust protection – an impressive IP68 rating.

This smartphone is also another Sony creation that is water resistant and has the same rating as the Xperia Z2 but a smaller 5” inch 1080p screen and a Snapdragon 800 processor.

It’s another water resistant smartphone of Sony that provides IP65/IP68 rating. It has a 5” inch FHD display with 21MP rear camera along with 8Mp front facing camera and a MediaTek Octa-Core processor which provides fast processing.

Like other Xperia smartphones of Sony; it also has IP65/IP68 rating, making it more effective at keeping dust and water away. It has 64-bit Octa-Core processor with a 5” inch Hd display. It is older but still in demand due to its specifications.

Other than Sony, Samsung also now offers water resistant smartphones. It’s Galaxy S6 Active has an IP68 rating to water resistance. It has a 5.1” inch quad HD display and 16MP camera. Apart from these features, this phone is made to handle extreme temperatures, altitude and humidity.

This smartphone has a rating of IP67 and it means that it can be submerged in water up to 1 meter in depth for up to 30 minutes and no dust particles are able to enter it anyway. But one thing you have to make sure that the USB cap is closed. 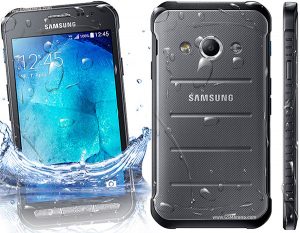 Before Galaxy S6 Active came, this smartphone was the only Samsung’s water resistant phone of 2015. This phone also has a rating of IP67 which makes it slightly ahead of the other smartphones and it has a military-spec protective body. It is available online only.

These are the 7 best smartphones that are water resistant. Thus, you can enjoy all your journeys along with these smartphones; even if they are in the rains!

Aman Gupta
Aman is an avid technology enthusiast who likes to follow latest on social media, gadgets and science. Aman has a style of writing that combines facts with good details.

For most of the people around, the first driving experience has always been a small car. Moreover, many of the prospect buyers do have...
Read more
TECH

Yes, you have read it right. The hottest laptop in the market, Lenovo Thinkpad Yoga is currently available at a price of just $289.99...
Read more
TECH

Google had released Android when Apple had revealed Ios. Thanks to Google people those who cannot afford an iPhone always have an android smartphone...
Read more
TECH

It is nothing new to us that there are numerous number of mobile phones available in the market right now. Some companies whom name...
Read more