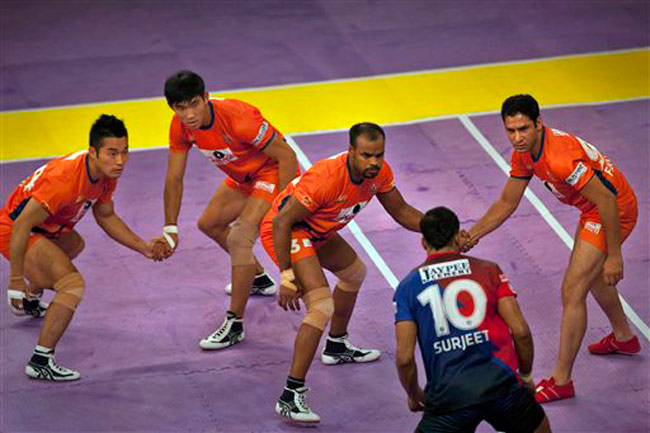 Games only played in India 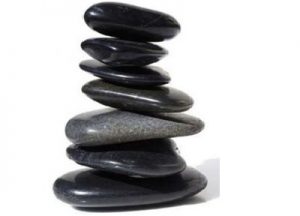 Comprising of seven flat stones kept in a decreasing order of their size; Satoliya can be played by any number of players. The player has to hit the pile of stones with the ball and then has to bring the flat stones into their original position. 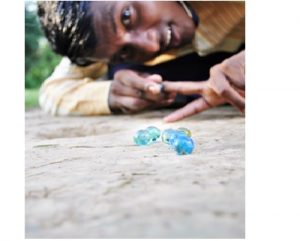 Played using marble; Kancha can be played by any number of players. A player has to hit the target selected using his own marble. If the player does so; then he/she takes all the marbles of other players in reward of his win. 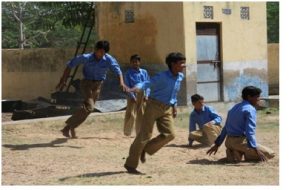 One of the most popular team games of India. In this game; all the team members of one team kneels in a row and adjacent players face in opposite directions. The team which takes the minimum time to tap all the opponents wins the game. 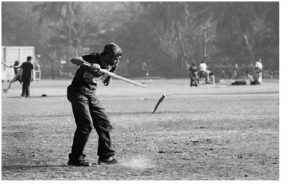 This game consists of two sticks; bigger one is Danda and the smaller stick is Gilli. The player strikes the Gilli’s raise end and then hits the Gilli as far as possible. The team which makes the maximum score wins. 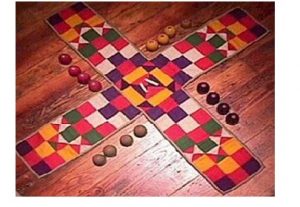 It’s an Ancient game from the time of Lord Shiva who used to play with his consort Parvati. It’s also the famous game of Mahabharata in which Pandavas lost Draupadi. Its objective is to move completely around the board with all the four pieces in counter clockwise movement before the other players. 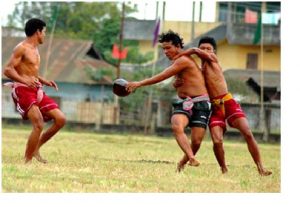 An Assamese game; DhopKhel is similar to another Indian game, Kabbadi. Dhop is a rubber ball. It’s a team game and the objective of this game is to catch the Dhop in the opponent’s court and come back into owns court without giving any point to the opponents. 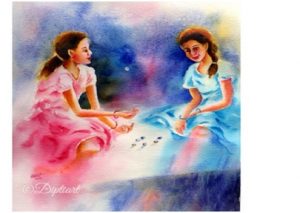 The traditional game of Gutte can be played by any number of players. It consists of 5 small stones. The player has to spin one stone in the air and meanwhile he has to collect all the other stones without dropping the first stone. 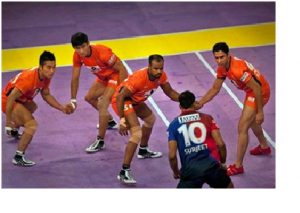 Another Ancient Indian game, Kabaddi is played between two teams with seven members each. One team sends a player, known as raider into the opponent’s half to raid. If the raider touches the defenders and then crosses the mid-line; he scores the touch points. And if he is caught by the defenders; the opponent team scores the point. The catch here is that the raider has to keep muttering the word ‘Kabaddi’ non-stop, while doing his job. The team with a maximum score at the end of two halves of 20 minutes each wins the match.

Apart from all these aforementioned games; Poshampa, Kith Kith and Pallanguli are the other games played by Indians only.