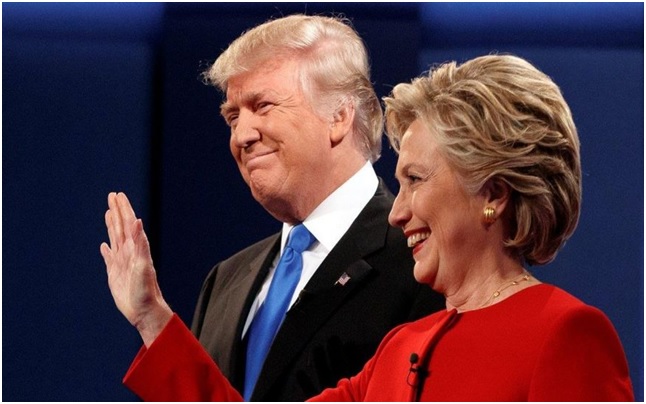 Just 43 days before the election, the highly anticipated matchup between Donald Trump and Hillary Clinton finally happened; and it didn’t disappoint! There were many key moments during the much anticipated presidential debate, which raised the eyes of the Americans. For some time, it seemed that Trump is winning the race; but Clinton with her calm and composed attitude killed the moment, and raised herself to another level. Now, witness the 5 top moments of the first presidential debate between Clinton and Trump: 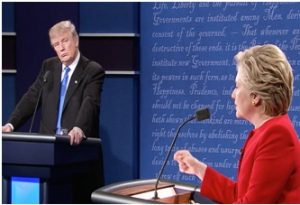 During the debate, Clinton charged that, ‘Trump paid nothing in federal taxes because the only years that anybody’s ever seen were a couple of years shown he had to turn them over…to get a casino license and they showed, he paid no income tax!’ Instead of denying the accusation; Trump then lowered his face to the microphone and quipped, ‘That makes me smart!’

During the presidential debate, Trump again claimed that his ‘strongest asset’ is his ‘winning temperament!’ To this Clinton replied, ‘A man who could be provoked by a tweet shouldn’t have his fingers anywhere near the nuclear codes!’ 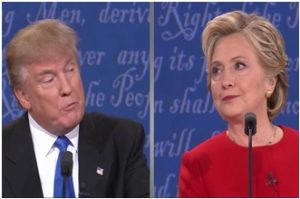 By fully admitting she erred in her handling of sensitive emails; Hillary Clinton took some of the sting out of Trump’s criticisms on that front. She said, ‘You know, I made my mistake using a private email. And if I had to do it over again, I would obviously do it differently. But I’m not going to make any excuses. It was a mistake and I take responsibility for that!’

The debate on over NAFTA was among the testiest exchanges. This debate showed a fired-up, and more composed Trump in one of his stronger moments. He said, ‘You have not done it in 30 years or 26 years’. He also reminded the voters that Clinton’s husband, and the former President Bill Clinton had signed NAFTA. 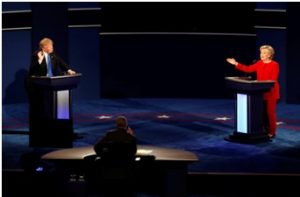 5. A plea to fact-checkers on ISIS’s age!

Trump outrageously claimed that ‘You have been fighting ISIS your entire adult life!’ To this Clinton replied that ISIS, in its current formation has been in existence only since 2013, and although while First Lady, she had no role in former President Bill Clinton’s counterterrorism team. She said, ‘Please, fact-checkers get to work!’

Trump was also confronted by reports about the 1973 federal housing discrimination lawsuit against him and the Trump Organization. To this, he said there was ‘no admission of guilt’ from him!