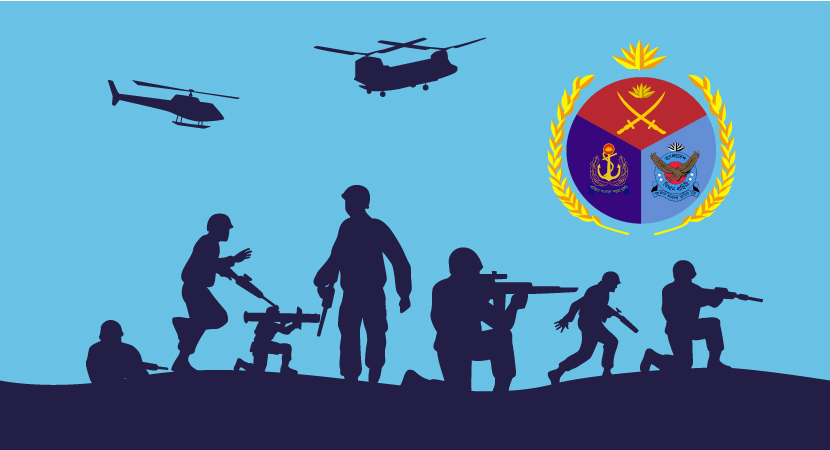 It is universally acknowledged fact that the primary role of the Armed Forces is to guard the nation against external aggression. Ensuring tranquility at the Borders from adventures of enemy majorly defines the uniformed personnel’s roles and responsibilities. In discharging such an important role, the Armed Forces personnel does undergo extremely grueling metamorphosis right from the time of recruitment, training, posting, skill acquisition in commensurate with dynamic and fast evolving technological advancements brought about by modern warfare, constant up gradation to fine tune battle preparedness, fighting challenging elements owing to harsher climatic conditions, etc,.  Not to forget, tremendous sacrifices expected from the disciplined forces vis-à-vis family, comforts and the need to stay away from the unfolding mainstream happenings.

In the Indian context, the Armed Forces as an institution is always held in very high-esteem by the discerning countrymen and it’s a matter of great pride that the uniformed personnel have never disappointed in delivering on that front. Apart from the above, more often than not, the Armed Forces services are requisitioned to maintain internal security too to usher in orderliness whenever the law enforcing agencies tend to fail miserably and to restore a sense of well-being amongst the countrymen. Remember, the Armed Forces are ingrained with constitutionally mandated strictures to follow civilian supremacy without raising questions and credit to Forces that such a diktat is being followed honorably since gaining independence.

As the saying goes, not only the Army marches on its stomach but also demands to be equipped adequately amidst the most challenging of warfront environment.  As mentioned above, there are innumerable everyday tribulations too, that hardly gets highlighted, encountered in terms of inadequate resources, perpetual fund crunch, red-tapism whilst enhancing fighting capabilities, derisible social standing – just to name a few – which tend to weigh down the Forces considerably.  As a nation, need of the hour is to stand by them with complete conviction and dedication, no less.  It is incumbent on the part of the Government of the day to wholeheartedly supplement by ensuring provisioning of all such resources that keeps our fighting forces battle ready all the time.  It is advisable to keep mundane politics at bay and it’s inherently debilitating aspects from seeping into the overall sound functioning of the elite Forces.

Once the Armed Forces are free of external highhandedness, rest assured, our fighting forces will make the entire country feel extremely proud by their selfless deeds for ages to come.