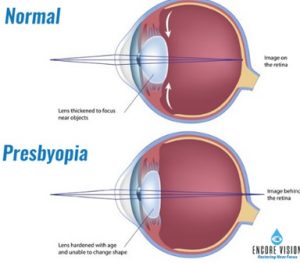 The excessive use of mobile phones and other electronic gadgets is causing presbyopia at an early stage. The eye disorder typically occurs in middle and old age and is caused by loss of elasticity of the lens of the eye.

According to doctors, over 65 per cent of the people suffering from presbyopia, or long-sightedness, in their early 30s in India, were found to be heavy users of electronic gadgets, including tablets and laptops.

“Presbyopia or loss of accommodating power of the lens, which mostly happened around the age of 40, has started occurring quite early among the people. Excess use of mobile phones causing it early by making the eye lens harder and making it lose elasticity. The result is a gradual worsening of the ability to focus on objects up close,” said Mahipal Sachdev, Chairman of Centre for Sight (CFS).

According to World Health Organisation, more than a billion people in the world were presbyopic as of 2005, while the number has doubled in 2015. 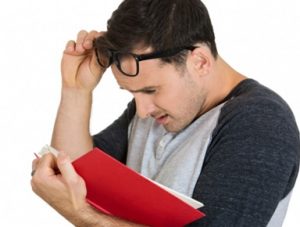 Stating that presbyopia is even seen among people in their early 30s, Sachdev said: “Surveys have proved that symptoms of presbyopia such as blurred vision, eye strain or headaches are more often seen among the youngsters too… who use electronic gadgets such as mobiles for long hours.”

Presbyopia, an age-related eyesight problem, stems from a gradual thickening and loss of flexibility of the natural lens inside your eye. The problem is now occurring at an early stage due to use of mobile phones and other electronic gadgets in excess.

Ritika Sachdev, a Delhi-based ophthalmic surgeon, said: “One cannot escape presbyopia, even if they have never had a vision problem before. However, the occurrence of presbyopia at an early stage can be prevented by avoiding the long-hour use of mobile phones and tablets.”

“Presbyopia also cannot be prevented just by diet and exercise as they have no effect. Those who use near vision daily in their activities will notice and complain about it sooner. Which is why these days, with greater use of mobile phones and tablets, people need corrective glasses sooner, sometimes even at the age of 30-32 years.”

Ankit Gupta
Ankit has been a copywriter since 2009 and has the credit of being a certified copywriter, technical writer and instructional writer. He has been writing website copy and blogs since 2010 and is also an SEO specialist. An Engineering graduate with an MBA Marketing postgraduate degree, he has the experience to deliver copy on diversified fields.

When the novel coronavirus first appeared on the horizon as a pandemic, people were neither aware of the details surrounding the infection’s damaging...
Read more
UNCATEGORIZED

The Union Government Must Move on to Refresh Stuttering Economy!

The NDA Government at the Centre led by the charismatic Prime Minister in his second term has initiated few ground-breaking measures since assuming...
Read more
EDITOR PICKS

Hectic parleys are underway by the State Government as well as authorities concerned over the past couple of days with regards to enforcing...
Read more
UNCATEGORIZED

One of the major hindrances affecting many of the households, especially in urban and semi-urban centers, fully dependent on housekeeping helps / maids...
Read more
EDITOR PICKS

The uproar created by the recent horrible killing of a pregnant elephant in North Kerala when it mistakenly ate a pineapple stuffed with...
Read more