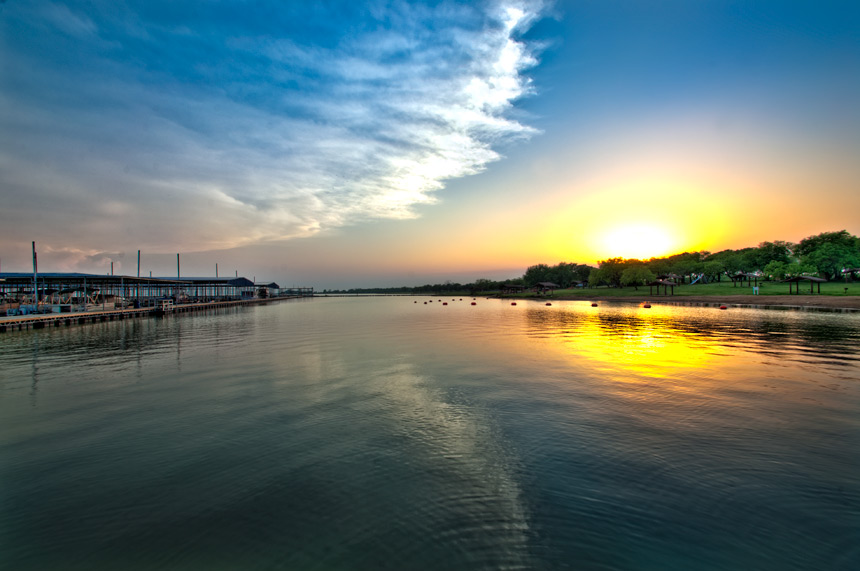 The lakes in Texas are home to local species and to migrating songbirds, and they are a delight to bird watchers and casual viewers. Many lakes are surrounded by parkland, others by towering forests, still others are encompassed by tall bluffs and rolling hills. Recreational opportunities abound; on Texas lakes, residents and visitors can operate watercraft, go swimming, waterskiing, jet skiing, and scuba diving, and on shore there are countless miles of hiking trails and roads that permit mountain bikes and equestrians.

Lake Travis is a man-made lake near Austin, Texas in the chain of Highland Lakes in Texas Hill Country. C

Lewisville Lake is one of the largest lakes in northern Texas and was formed by the damming of the Elk Fork of the Trinity River for flood control and to provide drinking water to the citizens of Dallas. 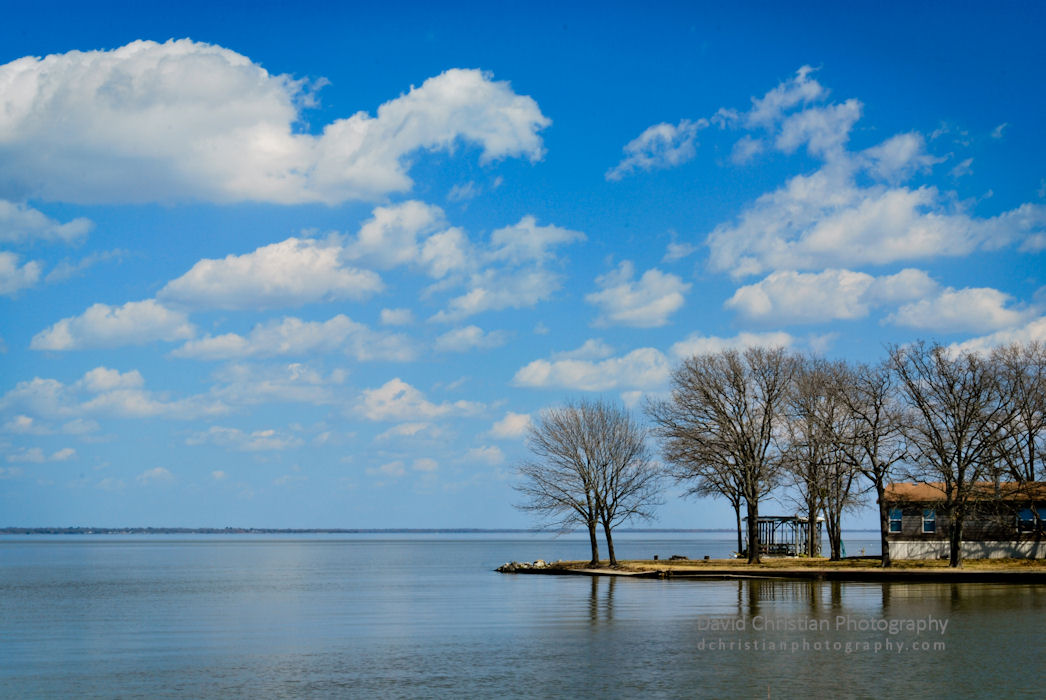 Lake Tawakoni State Park is only fifty miles east of Dallas, and it is a terrific natural resource for boating, swimming, fishing, and hiking or mountain biking the five miles of trails through 376 acres of oak forest. 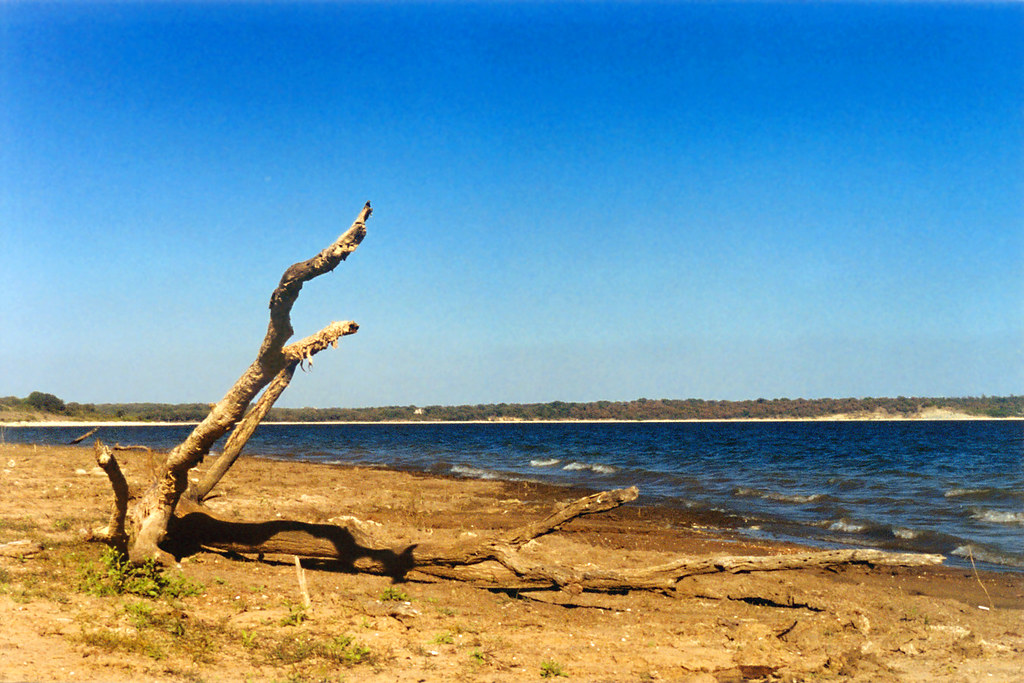 Lake Bridgeport is a manmade reservoir created in 1932 by the damming of the western fork of the Trinity River. It provides flood control and irrigation, and it is a recreational lake.

Lake Granbury is in north Texas, 35 miles southwest of Fort Worth. It is a reservoir that was created in 1969 by one of the three dams on the Brazos River. 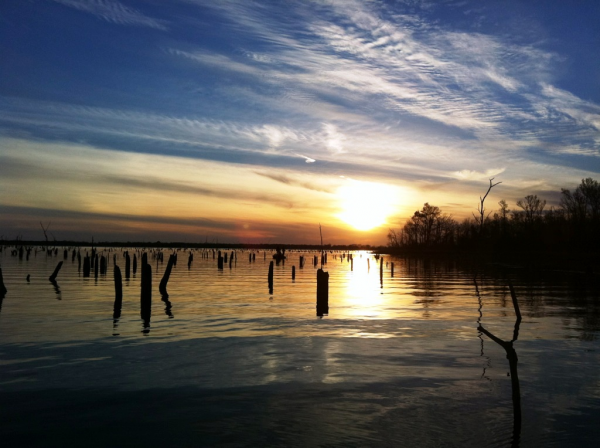 Lake Fork is a reservoir designed both as flood control and as a water supply for Dallas and its suburbs. The Sabine River Authority created it in 1980 when they dammed Lake Fork Creek, a major tributary of the Sabine River.