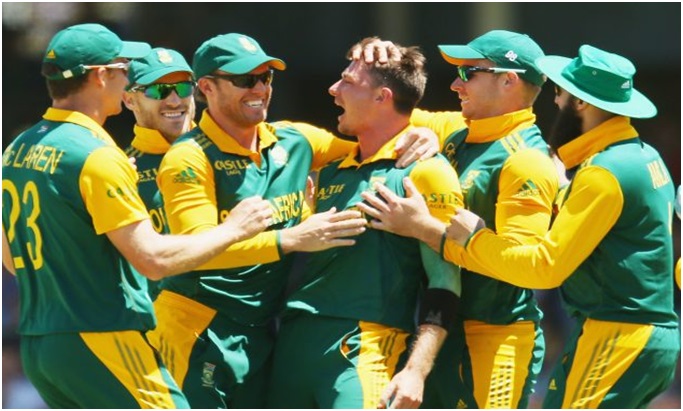 Certainly every qualified team has a chance to win World T20 2016, as all got something unique in their basket that can lead them to the glory of victory. But, if we specifically talk about South Africa, they have great chances, as they have a strong batting line up, with some world class bowlers. But, don’t forget, the all time favorites South Africa has been tagged ‘Chokers’ too! Here’s find out the chances of South African cricket team in this World T20, and also find out their record against the #1 ranked team, India!

With players like Quinton de Kock, Faf du Plessis and AB de Villiers, the South African team seems to have one of the strongest batting lines up. Dale Steyn and Imran Tahir will gonna add cream to the bowling line up. And, I certainly don’t have to tell about their fielding unit, which is truly world class, and probably the world’s best too!

An analysis on South African chances to win!

SA certainly seems to have a better chance than Australia or England. But, regarding the matter of home conditions and also the ability of facing spin; I should say that they seems to be behind the subcontinent teams including India, Pakistan and Sri Lanka! Let’s have a look at all the three departments of the South African team that can lead them to victory: 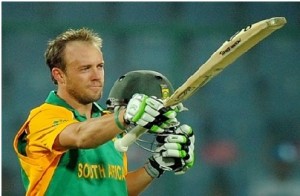 What’s increasing their chances of winning this World T20 cup is that fact that Quinton de Kock is in a prime form, and he will certainly give the perfect start to their innings. Coming on to the middle order, Faf du Plessis along with AB de Villiers will give them the stability in their middle part of the innings. And, when it comes to finishers, who can end the innings on a big note, the SA has JP Duminy and David Miller, and don’t forget, at times AB de Villiers has also finished off on high for the team. And, the main point about all these batsmen is that they have got enough experience of playing in Indian conditions via IPL. 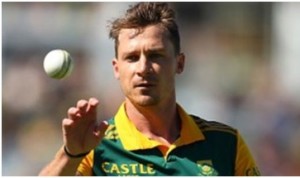 When we talk about the bowling department, South Africa has got a world class limited over spinner, Imran Tahir. It’s because he would certainly be a handful in the spinning tracks of India. Also, Dale Steyn’s experience will go to be really helpful for the South African team. 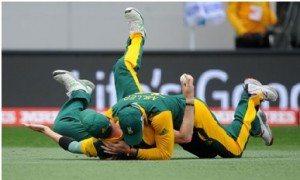 There’s no doubt, South African team has got such wonderful talent in their side when it comes to their fielding department. Their fielding unit is truly unmatchable and world class too!

‘The better they are the worst they play’ – this is the proverb, which actually and completely defines South African team! This is the team that always starts as favorites; but at the end loses the battle in the semi-finals. They have also got the record of maximum loses in the semi-finals. And, there’s no wonder why this team is termed as ‘The Chokers!’

The Proteas have never ever progressed beyond the semi-final stage at any World Cup. They had even never won a game during the knock-out stage of the World Cup, with only one exception coming in the ICC World Cup 2015 against Sri Lanka. 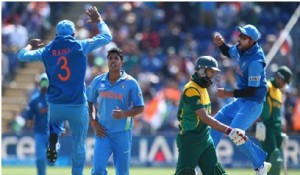 South Africa and India have played 10 T20 matches till date. Out of these 10 matches, the Indian team have won 6 matches and proved their dominance over the South African team.

But, what’s more interesting is the fact that South African team have won the recent 2015 T20 series during their tour to India. This will probably serve as a booster for them. Apart from these 2 matches, South Africa has won one match at Trent Bridge in 2009 and another one at New Wanderers Stadium in 2012.

The edge to Indian team!

Although there’s not much difference between the winning percentage of both the teams; India has the maximum 61.94%, while SA holds the second place with 60.46%. But, if the Indian team has to play with SA in either Semi-finals or the Finals; then they have a psychological advantage of performing much better than the South African team in the knock out stages. Also, the only two T20 international centuries from the Indian side have come against the South African team; so Indian batsmen remain charged up against the Proteas! Now, let’s see, which team emerges as the winner of the World T20 2016 on 3rd April, 2016.