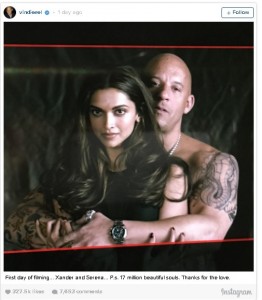 The first picture which was posted has the popular actor wrapping his tattooed arms around the very beautiful Indian beauty. It also came along with a caption-
“First day of filming… Xander and Serena… P.s. 17 million beautiful souls. Thanks for the love” 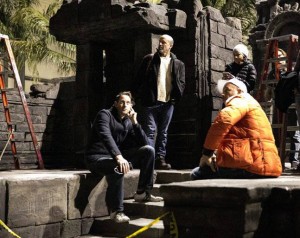 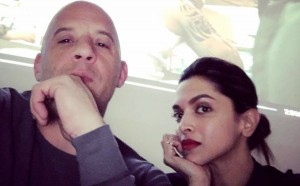 Vin Diesel shared the first look on his official Facebook page. He says that he thinks the world will go crazy over Deepika’s character in the movie. He has uploaded several pictures from the film’s shooting location. 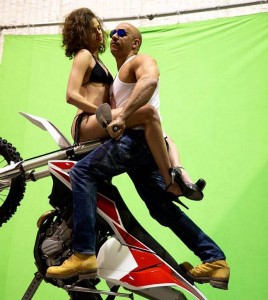 Bollywood beauty Deepika Padukone has been preparing herself for this film. She has been sharing pictures and videos of her training in gym quite often. The training was very much needed for the character which she will be playing in the movie. The shooting of the movie is set to begin in full-fledged form this month. The expected release will be sometime in 2017. 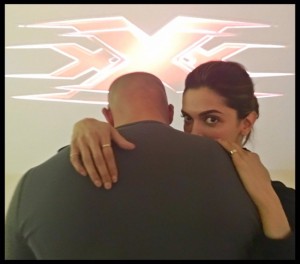 While the movie is just on the way, let’s wait for some more updates from these popular actors.