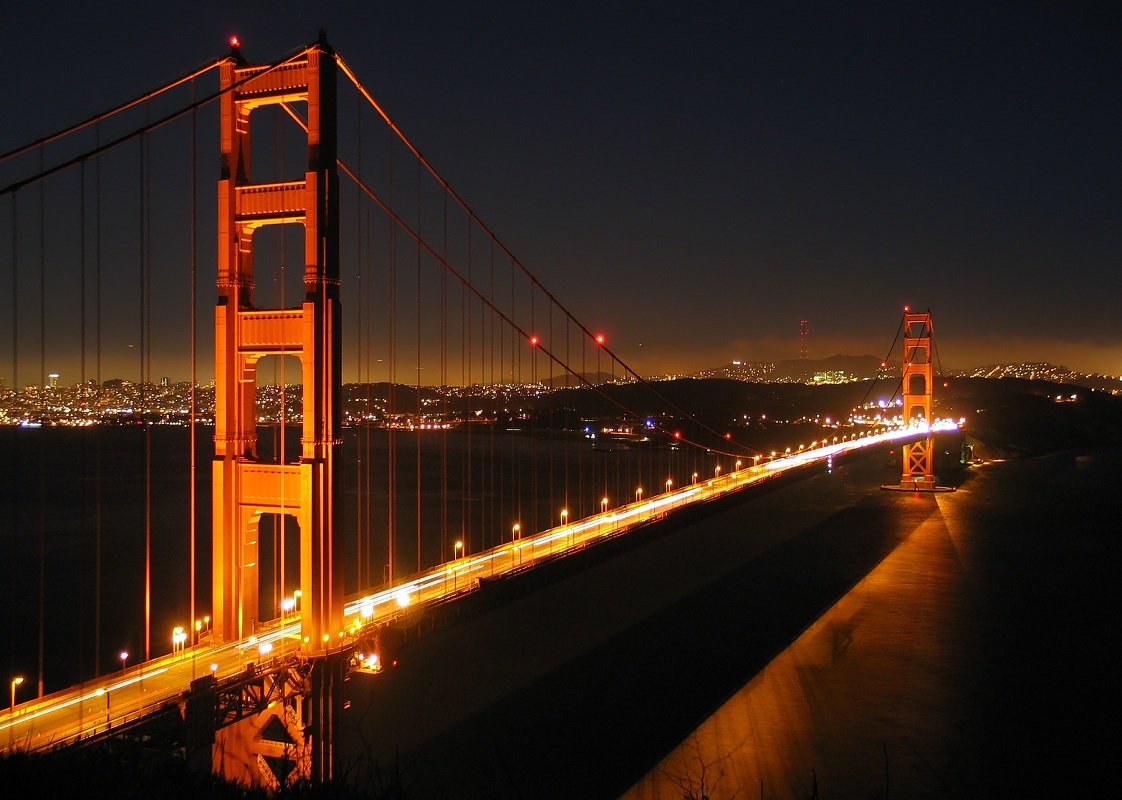 Typically designed to provide a route over the water body , these bridges are just another road, which in real sense make it possible to reach that other area that would otherwise be absolutely impossible to cross. Well that was functionality part, if we consider how they look then these bridges are actually incredibly beautiful. There are more than a thousand of bridges in the United States, all being of different shapes and sizes. But some have actually turned into popular attractions. So here you go, check out The 5 famous Bridges in the United States that you just can’t miss to see.

5 Famous Bridges In The United States

Opened up in the year 1883, the Brooklyn Bridge was the longest of all suspension bridges. Since then, it was a  New York City Landmark and the National Historic Landmark. The Brooklyn bridge spans around 1,595 feet, reaching 276.5 feet above the water level. The best part is that there are no toll charges which means you get to see some of the most beautiful views of the New York City that too for free. 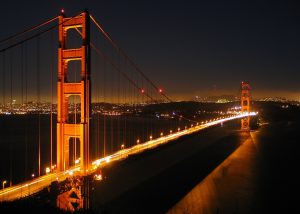 One of the most iconic bridge in the world. The Golden Gate bridge is orange in colour and includes towers which measure around 746 feet in height and have sweeping main cables along with Art Deco styling. The bridge is visited by over 10 million people every year.  This bridge is especially designed for the tourist and has a toll charge too. 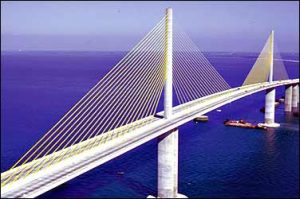 Bob Graham Sunshine Skyway Bridge, well that’s the full name of this bridge located on the Tampa Bay in Florida. A cable-stayed bridge that covers a length of 4.1 miles. The bridge connects Terra Ceia within Manatee County with St. Petersburg in Pinellas County. This bridge was constructed in 1987 and was a replacement for an older bridge.

This bridge is one legendary construction which solved a serious travel problem. The location around the bridge is too picturesque and hence it has become one of the most popular places in the West Virginia and is also photographed very frequently. On the third Saturday of the Month of October an annual Bridge Day takes place. This celebration time calls for music, crafts, food, and much more. 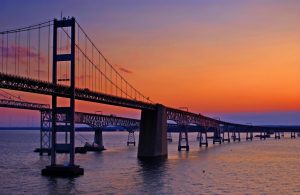 This bridge is also refers to as the Bay Bridge sometimes. hesapeake Bay Bridge or the William Preston Lane, Jr. Memorial Bridge sometimes. The bridge crosses the Chesapeake Bay. The bridge was opened in the year 1952 and is open only to the automobiles. A 4.3 mile long bridge is high is also the longest steel structure in the world that ran continuously over water. As it is usually closed for the pedestrians, but on the first Sunday of the May month which is the Governor’s Bay Bridge Run and the Bay Bridge Walk, the pedestrians are allowed to enjoy the bridge and its views.

So which one of the above 5 Famous Bridges In The United States are you planning to visit? Do leave us a comment.