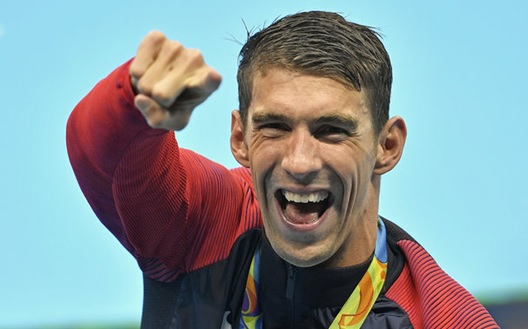 There were 14 event-awarded meals on Sunday, with Team USA capturing give of them, including gold for swimmer Katie Ledecky in 400 meter freestyle and for the men’s 4x100m relay swim team with all-time Olympic champion Michael Phelps taking home his 19th Gold Medal.

The U.S. is on track to meet or top its 2012 Olympic Medals, where they brought home 103 medals, including 46 gold Olympic Medals. China came in second at the London Olympics with 88 medals and Russian in third at 79. Numerous Russian athletes have been disqualified from the Rio Olympics due to a doping scandal.

One of the most heartwarming moments of the games came from Kosovo’s Majlinda Kelmendi. The 25-year-old defeated Italy’s Odette Giuffrida in the final of the women’s 52 kg judo event to capture her country’s first medal since it joined the International Olympic Committee two years ago.

This is the first Olympics where athletes can compete under the flag of Kosovo, which proclaimed independence from Serbia in 2008.

The Economic Policymakers Will Face Inflation Challenges in the Days Ahead!

Exhortation from the Prime Minister is Apt and Timely!