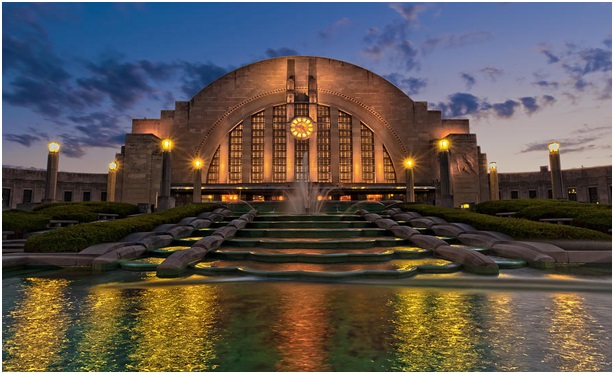 Situated in the Great Lakes region of the US, Ohio is the 7th most populous state among the 50 states of the United States. Ohio’s geographic location has not only proven to be an asset for the economic growth of the country; but it has indeed proved to be an asset in the tourism industry also. Over the years, the State has generated huge amount of revenues from the tourism industry itself. There are plenty of tourist attractions out here, which not only lures tourist from around the state; but mass gathers here from around the world also! So, here is a list of such 7 wonderful and must visit tourist attractions in Ohio: 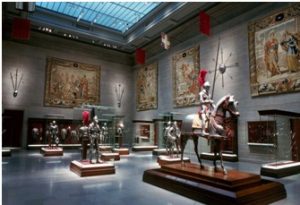 1. The Cleveland Museum of Art!

Situated in Cleveland, the Cleveland Museum of Art was founded way back in 1916. Since its inception, it has been repeatedly renovated and expanded. It has a classic collection of American, European and Asian art. And, due to this fact, it has even established international reputation! 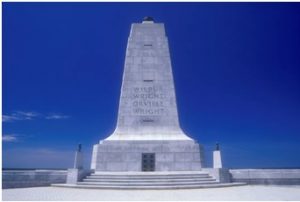 Located in Dayton, the Wright Brothers National Memorial is dedicated to Wright brothers. Both Wilbur and Orville Wright had worked here to build the aircraft. It’s also the same place where they have learned to fly. This memorial was first erected in 1940, and then rededicated in 1998 after reconstruction. 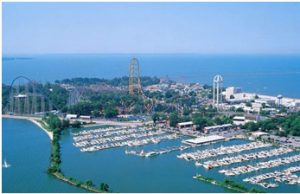 Located near Sandusky on Lake Erie, Cedar Point is one of the most popular summertime amusement parks. The amusement park contains various fun activities including roller coaster rides, carousels and water rides with a huge tidal wave. 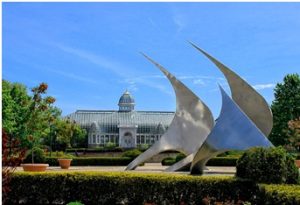 Located in Columbus, the Franklin Park Conservatory and Botany Garden is open all through the year. It features some of the brilliant indoor as well as outdoor landscape of plants and animals. It also features hundreds of species, including some seasonal and special exhibits. 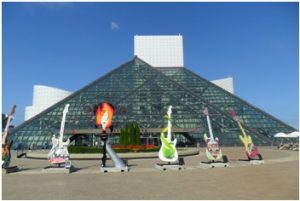 5. Rock and Roll Hall of Fame!

Located in Cleveland, the Rock and Roll Hall of Fame is highly considered as a pilgrimage site / museum for the music aficionados. It features almost all artists of different periods. It also offers an extraordinarily comprehensive view at Rock and Roll history. 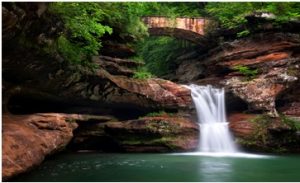 Situated near Logan, the Hocking Hills State Park is a rugged natural area. It is popular among outdoor enthusiasts, who love hiking trails, camping, caves, and cottages. Ash Cave, Rock House, Cantwell Cliffs and Cedar Falls are some of the outstanding features of this place! 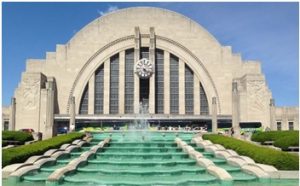 Once the railroad station, Cincinnati Museum Center is a multi-museum complex. In this 1930s art deco building, there are some awesome museums like the Cincinnati History Museum, the Museum of Natural History and Science and the Duke Energy Children’s Museum.

Located in the Fifth Street and Vine Street, the Cincinnati Fountain Square is another renowned tourist place. The street here hosts music along with other free entertainment for the tourists.