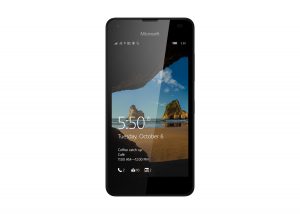 Microsoft India has launched its new Lumia 950, 950XL today. On November 30, the company had sent invites for its event at around 11:15 am. The launch also means Microsoft wants to have a complete focus on its mobile devices. Lumia 950, 950XL will compete with phones like Samsung, HTC, Apples and more. The launch events are happening in Delhi, Mumbai and Bangaluru simultaneously. This new device will be divulge by Raghuvesh Sarup, Director of Marketing at Microsoft India.

The Lumia 950 has a 5.2 inch AMOLED display with 2560 X 1440 pixel resolution. It has a pixel density of 565ppi. The larger 950XL has a 5.7 inches display with same pixel resolution but has a higher pixel density of 518 ppi. In terms of processor, both devices seem up to the competition. Lumia 950 is powered by a hexa-core Qualcomm Snapdragon 808, whereas 950XL comes with 64-bit octa-core Qualcomm Snapdragon 810.

Both Lumia 950 and 950XL are the very first devices from Microsoft to run Windows 10. The new Windows 10 has the Continuum feature that permits the mobile device into a Windows 10 PC. To make this happen, it requires Microsoft Display Dock that will attach the devices to a display, keyboard and mouse. 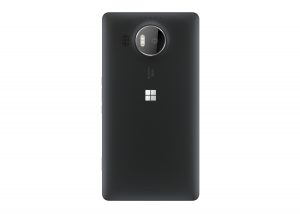 The Lumia 950, 950XL come with a 32 GB storage which further can be expanded. Both devices have a 20MP rear camera with triple LED flash and a 5 MP front camera. Microsoft never disappoints in terms of connectivity. The new devices come with a support for Wi-Fi 802.11 a/b/g/n/ac, Bluetooth v4.1, NFC, USB Type-C, GPS with A-GPS and GLONASS. Lumia 950, 950XL contain 3000mAh and 3,340mAh battery power individually.

The pre-order for both the devices will start from today, on Amazon, Reliance Digital and Microsoft Priority sellers. The users who will pre-order the devices will gain Microsoft Display Dock free worth Rs. 5,999. The smartphones will be on sale from December 11,2015. Though, there is no statement on the pricing yet.