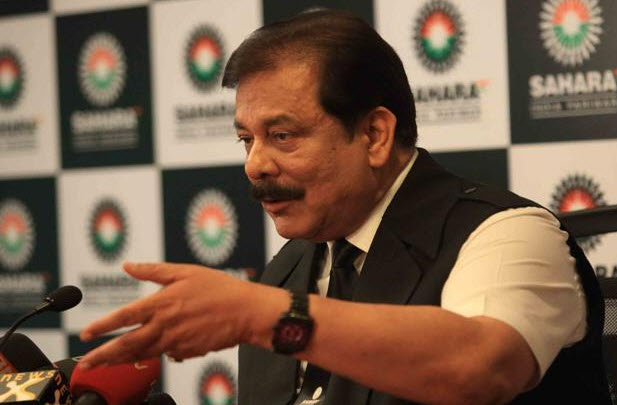 The Supreme Court today extended till August 3 the parole granted to Sahara chief Subrata Roy on humantarian grounds following the death of his mother, with a strict condition that he will have to deposit the balance of Rs 300 crore, out of the Rs 500 crore promised by him. 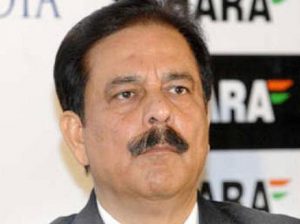 “Anyway you have to deposit balance Rs 300 crore. Either you pay or go back to jail,” a bench headed by Chief Justice T S Thakur said while reminding him of the May 11 order when he was given a breather for two months to enable him deposit Rs 200 crore with market regulator Securities and Exchange Board of India (SEBI).

Senior advocate Kapil Sibal, appearing for Roy, was seeking time till the year end for depositing Rs 300 crore but the bench, which also comprised Justices A R Dave and A K Sikri, said “we have already given you a long rope”.

It also drew his attention to the history of the case which led to the incarceration of Sahara chief from March 4, 2014 to May 6, 2016.

While Sibal was citing difficulties in selling and alienating the properties, the bench said “why don’t we appoint a receiver and entrust him all properties”.

Besides extension of Roy’s parole, Sahara Group also got other much-needed relief with the apex court lifting its embargo of permitting it to sell only 19 properties which included mortgaging the 600 acre Aamby Valley in Mumbai and three overseas hotels — Grosvenor House Hotel in London, the New York Plaza and Dream New York hotels.

The bench allowed the group to go ahead with sale and alienation of their other properties to raise an amount of Rs 5,000 crore as a bank guarantee they have to deposit in addition to Rs 5,000 crore to get bail for Roy.

It also allowed the group to sell the properties at 90 per cent of the circle rate. The apex court had passed an order on March 29 stating

that SEBI would also not sell any property owned by the beleaguered group for a price less than 90 per cent of the circle rates for the area in question without the permission of the court.

To raise the money, the bench also allowed the group to encash money invested in mutual funds, gold deposits and shares in Natioal Stock Exchange.

Further, the bench accepted Sibal’s submission that the group be allowed to transfer the loan of 24 million pounds equivalent to Rs 200 crore it got from overseas investment bankers Reuben Brothers to the SEBI-Sahara account, opened at the apex court’s direction for refunding money to investors.

The Sahara group had earlier informed the court that the loan on overseas hotels that was given by Bank of China has been taken over by billionaire brothers David and Simon Reuben of United Kingdom, whose main activities are in real estate, private equity and venture capitalism.

Meanwhile, the bench also granted parole to another Director of the Group, Ravi Shanker Dubey, who was jailed along with Roy and other director Ashok Roy Choudhary.

The day’s hearing commenced with Sibal submitting that the May 11 order of depositing Rs 200 crore with the SEBI has been complied with and sought further relief for Roy and his group.

At one point, the bench also suggested that it will appoint a Receiver for selling and alienating all properties, saying “only solution appears to us is to appoint Receiver.”

“According to you, your business is already destroyed. We cannot go like this for ever. Don’t test our patience. How much time we will spend,” the bench observed while reminding the senior advocate about the history of litigation in which Sahara was directed to refund Rs 36,000 crore to investors.

The bench also said “we would not allow our process to be misused” and cautioned that failure to comply with its order would require Roy and other two Directors to surrender and go back to Tihar Jail.
(Reopens LGD24)

While granting them parole, the apex court had said they were free to meet prospective buyers of properties and move within the country in police escort as per May 6 order.

It had also said that SEBI would meanwhile continue with the auction of properties of Sahara. 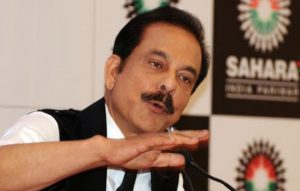 The apex court had earlier asked SEBI to initiate the process of selling “unencumbered” properties of Sahara group, whose title deeds are with the market regulator, to generate the bail money for release of the group chief.

SEBI was asked to devise a suitable mechanism for the sale in consultation and under the supervision of Justice B N Agrawal, former Supreme Court judge, and seek help of experts or expert agencies, if required in the process.

The regulator was also asked to keep the Sahara group “duly informed about the steps taken by it in which event Sahara shall be free to provide such inputs as may be considered necessary so that the properties fetch a fair price towards sale consideration”.

For the interim bail of 67-year-old Roy, the court had put conditions like depositing Rs 5,000 crore in cash and a bank guarantee of equal amount and tough terms including payment of the entire Rs 36,000 crore, which includes interest. The money will be paid back to the investors of Sahara.