Javed Akhtar slammed the chief of All India Majlis-e-Ittehadul Muslimeen (AIMIM), Asaduddin Owaisi in Rajya Sabha on ‘Bharat Mata Ki Jai’ remark. He also mentioned Owaisi as a leader in a mohalla (colony) in the city of Hyderabad. Furthermore, the writer-poet also spoke about the democracy and secularism.

During his last speech in Rajya Sabha, Javed Akhtar hit out against Asaduddin Owaisi. As a proud Indian, the film lyricist in a veiled manner slammed Owaisi for saying that he won’t chant ‘Bharat Mata Ki Jai’, just because the Constitution doesn’t ask him to do so! 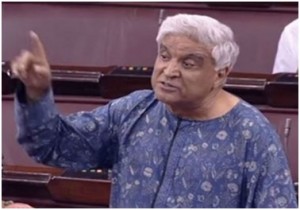 What Javed Akhtar said during his speech?

Akhtar challenged Owaisi’s thought in Rajya Sabha without naming him. He even took a dig at Owaisi, mentioning the AIMIM leader as a leader in a mohalla (colony) in Hyderabad. Akhtar said, ‘He (Owaisi) said he will not say ‘Bharat Mata Ki Jai’ as the constitution doesn’t require him to say so. But, the same constitution does not ask him to wear Sherwani either!’ 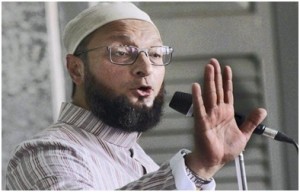 What was Owaisi’s remark?

Asaduddin Owaisi on Sunday had rejected RSS chief, Mohan Bhagwat’s suggestion for chanting ‘Bharat Mata Ki Jai’ slogan to infuse patriotism. Owaisi had said that it’s not mentioned in the Constitution of India that he needs to say these words, even being a Muslim. He said, ‘What law has been violated by what I said? No one can impose their ideology on us!’

Akhtar proudly said in Rajya Sabha, ‘I don’t even want to know if chanting ‘Bharat Mata Ki Jai’ is my duty. It is, in fact, my right to do so’. After saying this, Javed Akhtar chanted ‘Bharat Mata Ki Jai’ three times in the Rajya Sabha. At the same time, he condemned all those right-wing extremists who say that the Muslims should go to Pakistan. 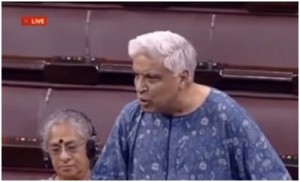 Speaking on Democracy and Secularism!

While sharing his experiences in the Rajya Sabha during the past 6 years, Javed Akhtar said, ‘Either we shall move ahead or move back. Democracy could never possible without secularism. He added, ‘We are very blessed. We keep complaining, but we must be thankful for our Constitution, which gives us democracy’.

Javed Akhtar also said that some people in the Modi government are doing a good job. He said, ‘I have heard lots of leaders speaking here. I have heard FM Arun Jaitley’s scholarly debates. I have heard leaders like Kapil Sibal, Sitaram Yechury, Brinda Karat and others. It was good’.