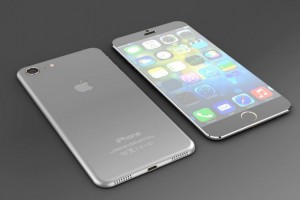 Apple has always introduced significant features with every iPhone they launch in a year. iPhone has always been on the top of the segment of the smartphones’ list because of its specifications and features that it has packed. Apple every time, makes sure that its iPhone to be the best in every field and that’s why they work pretty hard on it. Apple’s upcoming model is iPhone 7 with a lot of new and trending features. 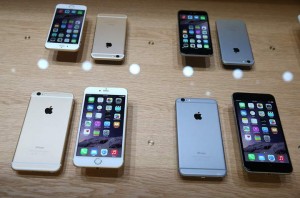 7 expected features to roll-out in iPhone 7

Energous’s two part technology allows a device, practically any device, to be charged wirelessly up to a distance of 15 feet. It uses a tiny chip which receives power from a transmitter. This means that you will be able to charge your device even if you have it in pocket as long as you are in the charging range.

Apple is making all efforts to make their coming iPhone 7 more thinner and slimmer that their previous iPhone’s. According to the Barclays Analysts, iPhone 7 will not have a 3.5mm jack (headphone), instead they will allows users to listen music wireless to any device via Lightning Port.

A second speaker will be placed in its position powered by an amp manufactured by Cirrus Logic, which will be giving the phone stereo audio output.

Apple’s fingerprint recognition is still the best in this field of unlocking the device but the only drawback was the wet hands. If your hands are then the fingerprint sensors will not work perfectly and or it will misinterpret the action, which will result in wrong action activated.

According to MacRumors, the coming iPhone 7 is rumoured to feature a new screen from Japan Display “Pixel Eyes” that will work perfectly even with wet hands.

We were amazed by the fingerprint sensors iPhone has, as it is the best and on top of every phone. Now, there is a possibility that Apple would take the biometrics to the whole new level with its “Iris Recognition” in iPhone 7.

Apple won’t be the first to use this feature as ZTE Axon Elite already has it. But, it is quite obvious that if Apple is planning to roll out this feature in their iPhone 7 then this will probably the best in the best.

iPhone 7 will be running on the Apple’s next generation A10 chipset manufactured by Taiwan Semiconductor Manufacturing Company (TSMC). Previously, Apple’s A8 and A9 chipsets has already dominated the mobile space in 2014-15 and so it is pretty obvious that A10 chipset will do the same like its predecessors. It is also expected that the coming iPhone will have a 2GB/3GB RAM.

iPhone 7 will probably have a higher resolution display, specifically a QHD with 2560 x 1440, many android smartphones already has this feature. There is also a rumor of using a “Sapphire Display” which offers a high degree of scratch and shatter resistance than the currently running Gorilla Glass. The higher end Apple Watch models have Sapphire Displays. Also, for a wider display, the home screen button will be removed, alternately, they will be provide a virtual button to access it.

All these amazing specifications for the coming iPhone 7 will definitely make go crazy for it.