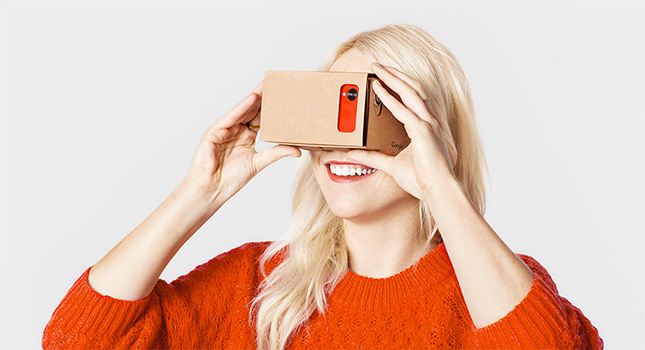 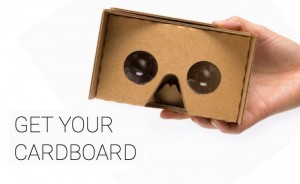 Google Cardboard is another creation of Google engineers to bring an innovative change in the world. The use of Google Cardboard is raised recently by youngsters as well as kids, and even by adults. Google Cardboard is a VR (Virtual Reality) platform developed by Google. It can be used with a smartphone to feel the VR through it. It is introduced as a low-cost device which can be bought by everyone who wants to experience the VR, and the reason behind it was the initiative to encourage people to VR and VR applications. It is so designed that even a simple person can make for himself by getting the required things. 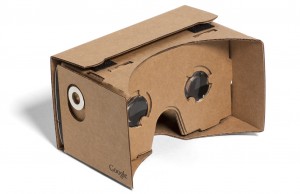 Google Cardboard was created by David Coz and David Henry, Google Engineers at the Google Cultural Institute in Paris, in their 20% “Innovative Time Off” and was introduced at the Google I/O 2014 developers conference for Android devices. You can see this small video below to know more clearly about Google Cardboard: 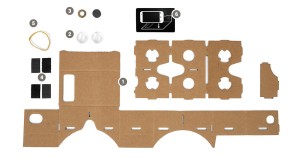 As there is no official vendor or manufacturer, Google made the list of parts, schematics and assembly instructions freely available on their official website.  These parts are a piece of cardboard cut precisely in shape, 45mm focal length lenses, magnets or capacitive tape, a hook and loop fastener (such as Velcro), a rubber band and an optional near field communication (NFC) tag. You can see this video to make Google Cardboard by yourself: 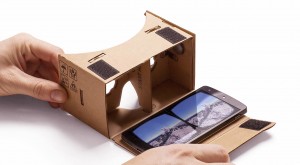 Once the kit is assembled, a smartphone is needed to be inserted in the back of the device. Google Cardboard, compatible app that splits the display into two, one for each eye, while also applying barrel distortion to each image to counter pincushion distortion from the lenses, has to be installed on the smartphone which is to be inserted. The result is a stereoscopic (3D) image with a wide field of view. To experience the VR reality, there are many applications in the Google Play Store which you can download and watch it for free on your smartphone. 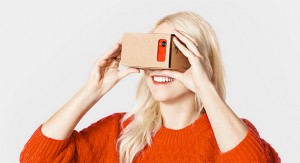 Google Cardboard, Version 1, can be assembled with smartphones with screen sizes up to 5.7” (140 mm) and used magnets as input buttons which require a compass sensor in the smartphone. After the success of Google Cardboard, Version 1, its Version 2 was released at Google I/O 2015 which can be used with phones up to 6” (150 mm) and replaces the magnet switch with a conductive lever that triggers a touch event on the smartphone’s screen for better compatibility across devices.

Encourage Rather Than Posing Irksome Posturing Towards OTT Platforms!

If one sector that could be rightly termed as sunrise sector potentially positioned to prove as no less than a game-changer over the...
Read more
EDITOR PICKS

72ND Republic Day, What It Entails for the Nation!

Today, 26th January 2021, the nation will be celebrating 72nd Republic Day on the back of an unprecedented economic scenario that not only...
Read more
EDITOR PICKS

The World of Basketball is worth Exploring

Basketball is among the most popular sport worldwide. It is played as a team sport where two teams of five players each, play against...
Read more