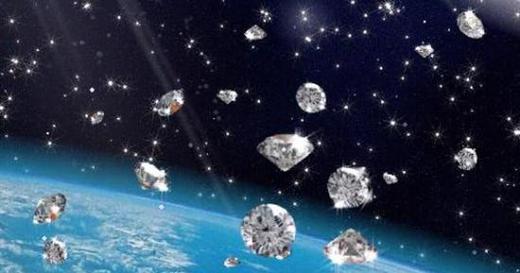 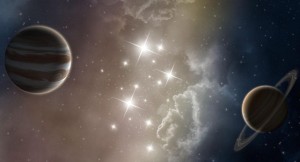 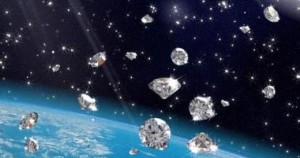 Scientists claims that Saturn is having diamond rain and this is due to its atmospheric surroundings. The mix of methane, carbon and lightening in Saturn’s atmosphere is causing diamond rain on this planet. The diamonds which fall on the planet might be around a centimeter in diameter, but could differ in size as per the availability of carbon at the time of formation of diamond. Based on this data, it is assumed there might be more than 1,000 tons of diamonds being created every year on this planet. But the pressure and temperature on this planet is so extreme that there is a possibility that these diamonds might not remain in solid form for long. There can be sea of liquid carbon flowing on Saturn.

The Reason Why Saturn Is Experiencing Diamond Rain Is Down Here

According to Mona Delitsky of California Speciality Engineering in Flintridge and Kevin Baines of University of Wisconsin-Madison, it is possible that Saturn can have diamond rain and such huge amount of diamond might be present there. The atmosphere of Saturn is mostly made up of hydrogen and methane. When storm appears, the lightning fries the methane with the production of pure hydrogen and burnt carbon, a.k.a. soot. As the soot cloud’s fall on the surface on Saturn, they clump together to form graphite. Graphite is the purest form of carbon. As the pressure builds up closer to the planet’s core, graphite is compressed into pure diamond. These processes occurring on Saturn is allowing diamond rain to occur. Due to same phenomenon, it is believed that same thing might be happening on Jupiter as well.

Dr. Kevin Baines said, “People ask me – how can you really tell? It all boils down to the chemistry. And we think we’re pretty certain”.

Dr. Raymond Jeanloz said, “The idea there is a depth range within the atmospheres of Jupiter and Saturn within which carbon would be stable as diamond does seem sensible.

Dr. Raymond Jeanloz is one of the members of the team who first predicted diamonds on Uranus and Neptune.

Dr. Nadine Nettelmann, University of California, said, “More work is needed to understand whether carbon can form diamonds in an atmosphere which is rich in hydrogen and helium, such as Saturn’s”.

In 2000-2003, Reginald B. Little proposed a new theory regarding the phenomenon of diamond rain on Saturn and Jupiter. He now demonstrated that a strong magnetic field can be the reason for the formation of diamond. In 2005, he realized that lightning can also such a magnetic field that it can transform graphite and soot to diamond. In 2009, he experimentally observed that terrestrial lightning bolts upon solid carbon produce Nanodiamonds.

In 2013, based on his prior work, he reasoned that the phenomenon of diamond rain on Saturn and Jupiter by the direct cloud transformation of carbon soot to small particles of diamond by lightning that strikes in the clouds present there.