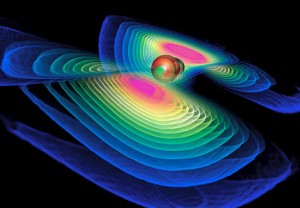 David Reitze, a physicist at California Institute of Technology mentions this discovery at a news conference in Washington,

“Ladies and gentlemen, we have detected gravitational waves. We did it,”

In addition to this, Gabriela Gonzalez, a physicist at the Louisiana State University, calls this as the beginning of a very long road.

What did the scientists discover about gravitational waves 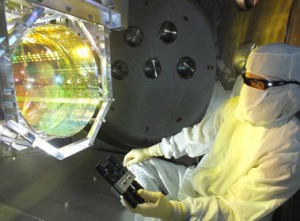 According to the scientists, the gravitational waves that were detected were coming from two distant black holes. The black holes were identified as some highly dense objects. The existence of black holes was predicted around 100 years ago by Albert Einstein, who described them as two extraordinary objects that orbited one another, spiraled inward and then smashed together. The researchers mentioned that the waves were the outcome of this collision. According to them, the two black holes have mass 30 times more than our Sun and are located 1.3 billion light years from the Earth. This means, the gravitational waves that are discovered now, were actually generated billions of years ago!

The scientists further described the event took place that generated the gravitational waves. When the two giant black holes collided, they produced the gravitational waves. These waves further created a violent storm in the space and time. Due to the violent storm, the time speeded up sometimes; while slowing down at times. The storm also bent the shape of space due to the wavy pattern.

The machine that detected the gravitational waves 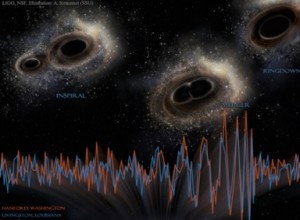 The machine that detected the waves consists of two laser instruments, which are known as the Laser Interferometer Gravitational-Wave Observatory or LIGO. The machine is so sensitive that it can detect even the smallest vibrations from the gravitational waves. The small signals were then converted into audio waves and the sound of collisions and merging  of black holes emerged.

This discovery is certainly a great milestone in the history of mankind. Read the full news covered by Firstpost on these waves.