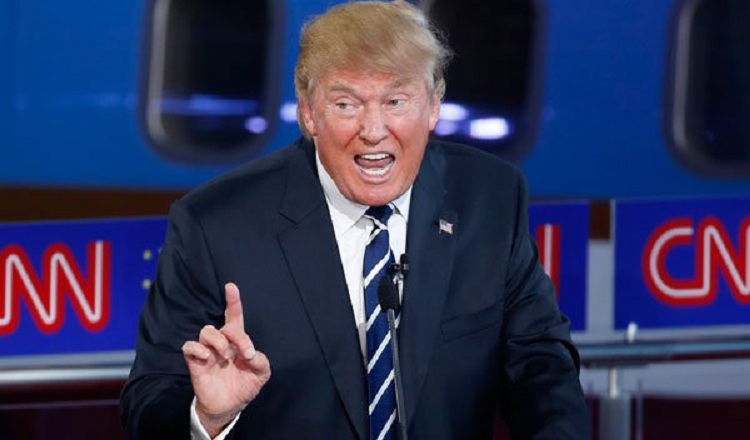 The USA presidential candidate of the Republican Party, Donald Trump, gave some provocative statements about Islam again. Trump is profoundly known for his anti Islamic image. Earlier, he had mentioned in an interview that “They (Muslims) are not coming to this country if I’m president. And if Obama has brought some to this country they are leaving, they’re going, they’re gone.”

Recently, when CNN anchor Anderson Cooper asked him if the US is at war with Islam he stated again that “I think Islam hates us.” A detailed snapshot from the debate: 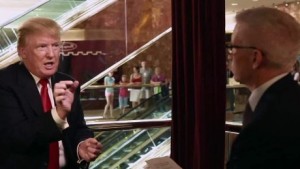 Donald Trump says he believes “Islam hates us” — and he isn’t sure if that hatred is held by Muslim extremists or the religion (Islam) itself.

“There’s a tremendous hatred. We have to get to the bottom of it. There is an unbelievable hatred of us,” the Republican presidential front runner continued. Trump has been cited many times that Islam is a threat to the USA.

CNN debate’s moderator Jake Tapper confronted Donald Trump on his recent claim that “Islam hates us.” Tapper asked Trump if the tone of his campaigns’ speech incites violent behavior at his rallies. 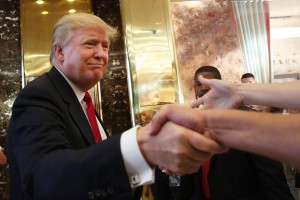 In the debate, Trump mentioned, “You’re going to have to figure that out, OK? You’ll get another Pulitzer, right?” Trump replied. “But there is a tremendous hatred. And we have to be very vigilant. We have to be very careful. And we can’t allow people coming into this country who have this hatred of the United States.” He projects himself a philosopher, a thinker, well-wisher, and a real patriot of the USA.

When Cooper asked if there was a war between the West and radical Islam or Islam itself. He replied, “It’s radical, but it’s very hard to define, It’s very hard to separate, because you don’t know who’s who.” A straight answer, isn’t it? 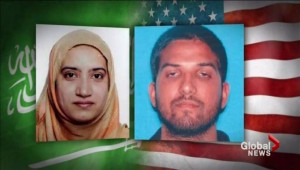 The billionaire pointed to the 2015 San Bernardino terrorist attack, California, where 14 people have been killed. “These two young people that got married, she supposedly radicalized him,” Trump said. 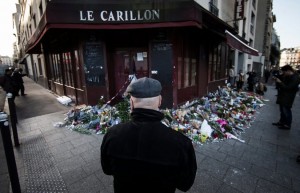 On the other side, the spokesman for the Council on American–Islamic Relations (CAIR), the country’s largest Muslim advocacy group, condemned the Trump’s comments. “These remarks are completely outrageous,” Ibrahim Hooper, CAIR’s national communications director, said in a statement. He further added that “They endanger the lives of ordinary American Muslims. Every day, we’

Share
Tweet
Pin
re receiving reports of assaults and threats against Muslim American citizens due to the unprecedented rise of anti-Muslim rhetoric.”

Trump, who had called that “the United States is bound by laws” and “would not order our military or other officials to violate those laws. Now told Cooper “I didn’t reverse anything, We have to play the game at a much tougher level than we’re playing it now. We have to expand those laws.”

In the later part of the debate, Trump continued: “We have to play with a tougher set of rules. We have — we have laws — we don’t allow waterboarding (a form of water torture). Think of this. ISIS is — these are smart people. These are people that know the Internet better than we do, and we’re the ones that — that, you know, came up with it. ISIS is sitting around. They just chopped off 20 heads of Christians and others. They just drowned 40 people. And they’re sitting around watching us arguing about waterboarding.” When pressed on which laws, specifically, he would expand as president, Trump said he would “work on it with the generals.”

Trump has proposed his ideology on the religious front. Eventually, the election result will decide whether or not Trump will be allowed to implement his ideology.