According to Sharmila Tagore, being a sex symbol doesn’t assure longevity. Sharmila made an effort to change her image of a sex symbol for longevity. Post a bikini shoot for magazine she tried to change her image and experimented with different types of roles in different movies. She has been an awesome actress and with the variety of characters that she played on screen, she became quite popular and won many hearts. She proved that to win the hearts of the audience she didn’t need to be a sex symbol.

Bollywood has always been full of actress who are bold and beautiful. Many decades ago, beautiful actresses slipped into glamorous bikini on screen. Be it Nutan, Mumtaz, Sharmila Tagore or Dimple; they all looked stunning.

Sensational bikini divas from the past 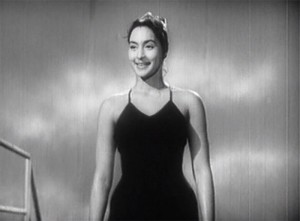 Yes, it’s just not in the era of colour films but also from the era of black and white. This is probably one of the first to be seen in a swimsuit. Nutan looked sensational as she wore a maillot way back in the year 1958 for the film Dilli Ka Thug. 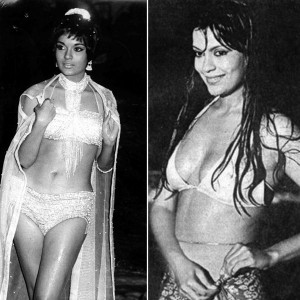 One of the most stunning looking actresses of Bollywood with the perfect body. She was actually the bombshell of the 70s. Zeenat Aman got all sexy in a white little number, complimented with a belly chain in the hit film Qurbani. 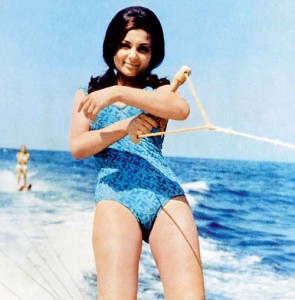 She is apparently the first Bollywood actress, who slip on bikini for a magazine shoot. She wore a blue tankini in the movie Evening In Paris and water-skied. 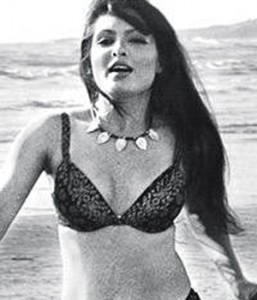 She is Bollywood’s sex siren, she gained immense popularity with the movie Yeh Nazdeekiyan, where she appeared in a bikini. 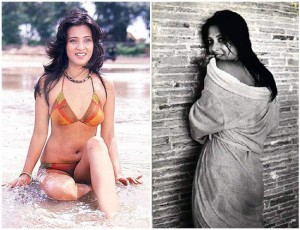 We can’t call her as very successful Bollywood actress, as her films were not blockbusters. But Moon Moon Sen was considered to be one of the hottest actresses of her time. 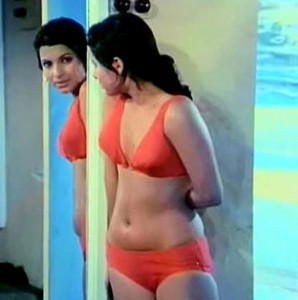 None of us can ever forget Dimple Kapadia in the movie Bobby. She looked absolutely stunning, setting temperatures high with her really hot set of Bikinis.

This lady had the perfect curves to carry any type of attire. She looks absolutely stunning in the movie Apradh, where with her beachy black too-tiny number she set temperatures too high to handle.

Most of these Bollywood actress not only looked stunning, but also proved their acting skills in different types to roles. They didn’t need to be a sex symbol to last long in the industry.