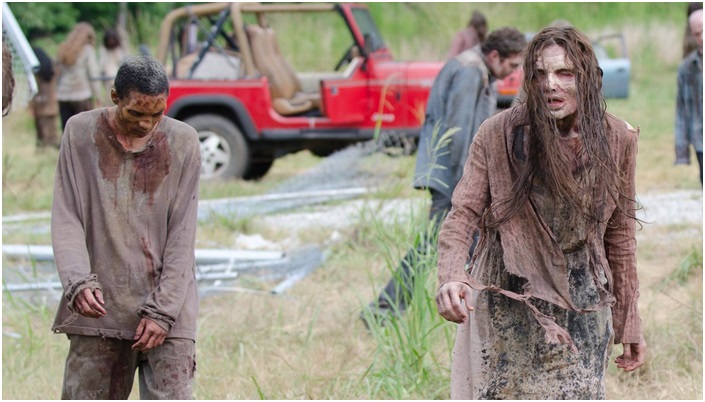 The thirteenth episode of Season 6 of The Walking Dead: The Same Boat, aired on 13th March, 2016 on AMC, and later on aired on 14th March, 2016 at 9pm on Fox. In this episode, Carol and Maggie face off with some of the deadly captors, while re-examining the choices they have made up till now!

Highlights from The Walking Dead: The Same Boat!

The Same Boat episode was really a story about women. It wasn’t just only about Carol and Maggie; but was also about the 3 women that took them captive. The episode starts when 3 Saviors move in and then take Carol and Maggie hostage. 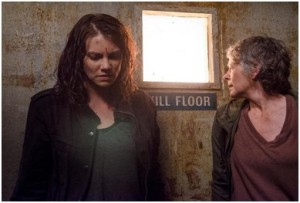 Rick ready to trade and makes an offer

As Rick’s group beats up a fellow Savior, Primo; one of the Saviors, Paula saw them through binoculars. She then radios Rick on Primo’s walkie talkie. She went on to tell Rick that she has Carol and Maggie. Rick then immediately offers to trade Carol and Maggie for Primo!

When Carol hyperventilates, Maggie seems to be concerned as she was pretty much unsure whether it was all real or else Carol was pretending. Then, on Maggie’s insistence, the Saviors removed Carol’s gag. Carol then begs the Saviors not to hurt Maggie as she was pregnant.

During the interrogation, Carol explained to Paula that her group had killed the people at the outpost. It’s because of the fact that the Saviors ambushed Daryl’s group, instilling them with a fear of Negan. Carol says, ‘We had to stop him’. While Molly cryptically says, ‘Sweetie, we are all Negan!’ 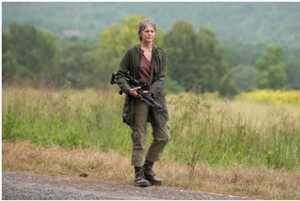 Just after the interrogation, Paula and Molly leave Carol all alone in the cell. And, in their absence, Carol went on to sharpen the crucifix on the rosary beads and then uses it to cut herself free.

Further, Carol finds Maggie and then suggests her that they should quietly escape from the slaughterhouse. But, Maggie insists to finish all this saying, ‘We can’t leave them alive. We have to finish this!’ 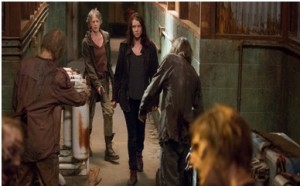 Carol and Maggie kill the Saviors

When Carol and Maggie were returning, they realized that Donnie had died from gunshot wound and is beginning to turn. Maggie then bludgeons the injured Molly to death. Later on, Carol somehow manages to shoot Chelle too!

On the kill floor, Carol and Maggie then went on to trap the newly arrived Saviors. They doused them with gasoline, and then Carol throws the lit cigarette into the kill room. The bodies of the Saviors go up in flames! 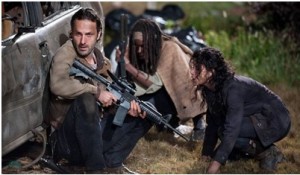 At the end, Rick tells Primo that his friends were dead. And, then demands to know if Negan was also there among those people, who were killed at the compound. Primo says, ‘I am Negan!’ Then, Rick just before shooting him point-blank says, ‘I am sorry it had to come to this!’

The title of this 13th episode of Season 6, ‘The Walking Dead: The Same Boat’ comes from when Molly says to Carol, ‘I am a dead woman walking.. Which puts us in exactly the same boat!’