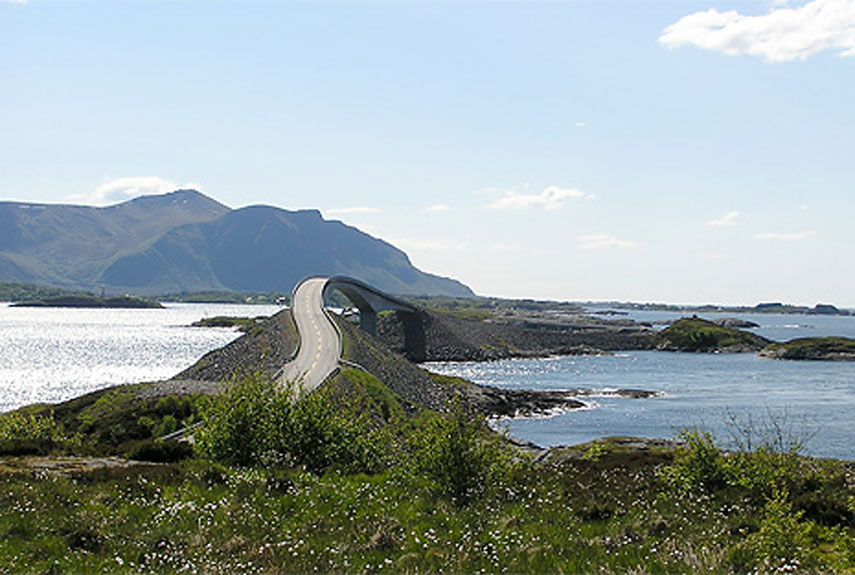 Roads are very common and we don’t find anything interesting in them. But there are some roads that make us wonder how those may be constructed. These roads display the marvelous creation of the people behind their construction and their thoughts. Here are seven such world’s strangest roadways:

This highway runs along the northeast Coast of Maui and is one of the most world’s scenic drives. It has 600 curves and more than 52 bridges in just 52 miles.

This mountain pass starts at an elevation of 3,116 feet and ascends to under 1.7 miles above sea level and this pass has 48 hairpin turns and an average grade of 7.4 percent.

If you want to go Guaoliang village in China’s Hunan Province, this tunnel is one of the few ways you can reach there. This tunnel passes through the section of the Taihang Mountains and is lined with makeshift windows that provide scenic but terrifying views.

It is also known as The Atlantic Road and is a 5.4 mile stretch of road on Norway’s west coast. It has eight small bridges that cross over an archipelago of eight different islands.

This expressway runs southeast and northwest through the heart of Brasilia. Brasilia is the capital city of Brazil and it allows engineers and architects to incorporate larger and urban-friendly structures into the highways. The space in the center of the highway is the world’s largest median, which divides the twelve lanes of eastbound and westbound avenues.

The road ranges at an elevation from 4,000 feet to more than15,000 feet and is 10 feet narrow in some sections. This road is also referred as The Road of Death as the accidents are very common here.

It was before called County Islands Ring Junction but was later named as The Magic Roundabout. The Magic Roundabout is one of the most complex rotaries in the world and five smaller roundabouts direct the traffic clockwise whereas cars travel counterclockwise around the inner circle.

These roads are little strange than the rest; however, these roads certainly catch our attention towards them due to their uniqueness.