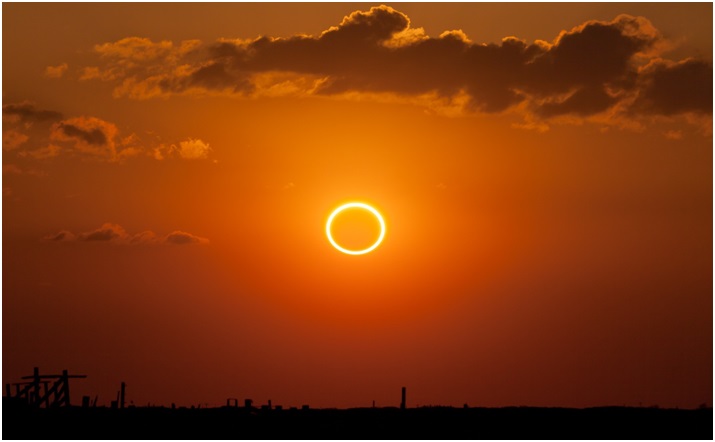 Day had turned to night for millions of people today, as the Moon passed directly in front of the Sun, causing a total solar eclipse across Indonesia and partial solar eclipse in some parts of the world.

Now, let’s start the things by knowing what actually solar eclipse is? So the answer is, a solar eclipse is a natural event, and happens when the Moon passes directly in between the Sun and the Earth, thereby casting a shadow across the Earth. It’s also known as an occultation. It only happens during the time of a new moon, when the dark side of the moon is actually facing the Earth.

Here is a list of 10 facts that you didn’t know about solar eclipse:

1. The reason behind solar eclipse!

The reason behind solar eclipses’ happening is that the distance between the Earth and the Sun is around 400 times the Sun’s distance from the Moon. Also, the Sun’s diameter is approximately 400 times larger than that of the Moon.
Now, what this means is that both the Sun and the Moon when viewed from Earth, seems to have a very similar size. So, when the Moon passes in front of the Sun, it actually blocks the light from reaching the Earth, thereby causing solar eclipse! 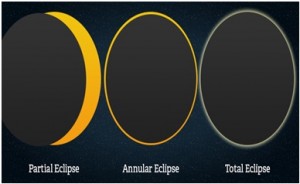 Partial eclipse: This happens when the Moon doesn’t line up completely with the Sun, partially blocking the sunlight.

Annular eclipse: This happens when both the Moon and the Sun are exactly in line but either the Earth is closer to the Sun or the Moon is further from Earth. And, then the Sun appears as an annulus or a very bright ring.

Total eclipse: A total eclipse happens when dark silhouette of the Moon covers completely the light of the Sun. During this eclipse, only the much fainter solar corona is visible.

There exists another type of solar eclipse, the hybrid one. It shifts between a total and annular eclipse and depends on where you view it from on Earth. But, these are comparatively rare. 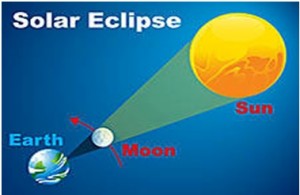 4. Solar eclipse happens only on Earth!

Yeah, you read it right! Earth is the only planet in the whole solar system whose moon appears to have the same angular size as that of the sun in the sky. And, due to this reason, they only happen on our planet, Earth!

There can be between 2 and 5 eclipses each year. It depends upon the geometry of the Earth, the Moon, and the Sun. 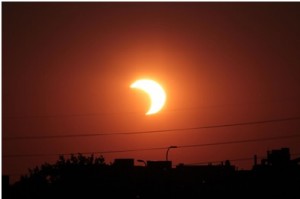 6. Why they don’t occur every month?

It’s just a game of 5 degrees! Of course, every month has a new moon phase; but there’s a tilt of 5 degrees in the moon’s orbit. And, this 5 degree tilt actually prevents the moon’s shadow from hitting the Earth and causing an eclipse! 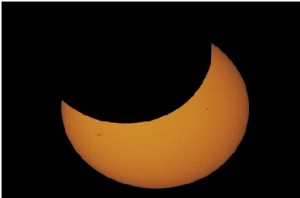 9. No total solar eclipse on the poles!

One can only view a partial eclipse from either the North Pole or the South Pole. There is no total eclipse at either of the two poles! 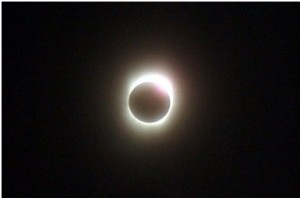 Although it’s pretty rare to have 2 total solar eclipses in a single calendar year; but still it happens. The last time Earth saw that was in the year 1889. And, the next year will be 2057.