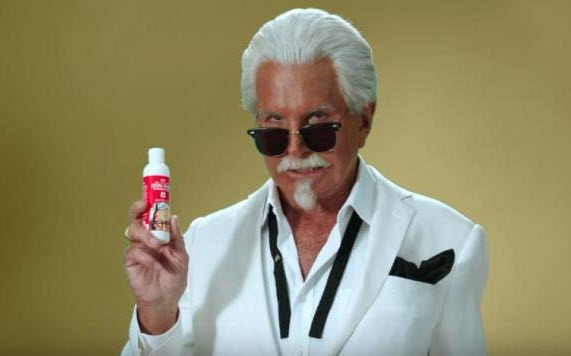 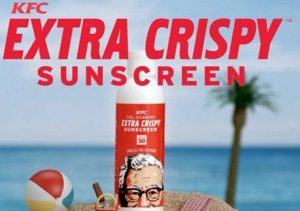 Well, this is a really bizarre, and at the same time interesting stuff! It will surely become one of the popular, but weird products in the USA. KFC, the makers of delicious fried chicken have now moved into making beauty products. They first launched chicken-flavored nail varnish; now they have come up with fried chicken flavored sunscreen. Be ready to smell like a fried chicken under the sun!

KFC is giving away 3000 bottles of its fried chicken flavored sunscreen in America. Initially, the supply was limited to one bottle per household, but now the KFC sunscreen can reach many people. The sunscreen comes with SPF 30 rating and smells of the KFC’s famous fried chicken. You should certainly try and get hold of at least one of this amazingly smelling sunscreen. 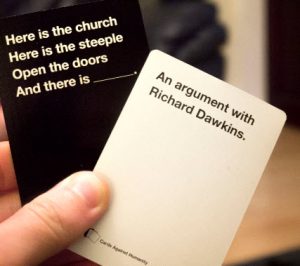 1. Cards Against Humanity: The product is not as weird as its title is. However, this card game is different; still became a hit and hence listed in the weird products in the USA. Launched in 2013, the card game was advertised as “despicable and awkward as you and all your friends.” In this game, a player has to choose a black card and read the question. For this question, the rest of players need to offer funniest (and some wicked) answers with their white cards. The card game was so popular that it became a ‘sold out’ product in January 2014. 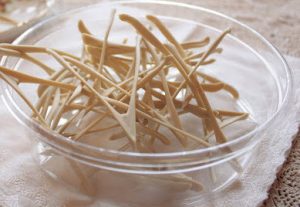 2. Fake Wishbones: Part superstitious, part fun; these fake wishbones certainly brought a fortune to the inventor. Breaking a turkey bone is a tradition in Thanksgiving. However, it is limited to one wishbone to one family. What if other family members also want to break a wishbone? Here are fake wishbones invented by Ken Ahroni, made up of plastic. More than one million units sold till now positioned in second place in the list of weird products in the USA. 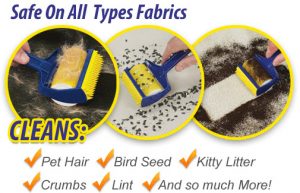 3. Sticky Buddy: Well, Sticky Buddy is not exactly bizarre product like other weird products in the USA. The product has ‘fingers’ or the rubber protrusions which help in removing hair out of fabric. So, you can actually use the Sticky Buddy for removing any kind of hair (dog, cat, mouse or even your own hair) from car seats, carpets, comforters, and couches. The product is sold through the Internet and TV. More than 500,000 units of Sticky Buddy have been sold since it was launched in 2012. 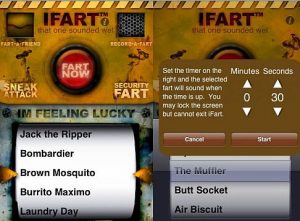 4. iFart App: This product surely deserved a place in the list of weird products in the USA. Well, as the name ‘suggests’, this app enables your phone to make fart noises. The iFart app has 26 different fart sounds. You can even record your own fart sound. Though weird, the app became extremely popular in the USA, despite it was available at $0.99. It was downloaded 113,885 times in its first 2 weeks. 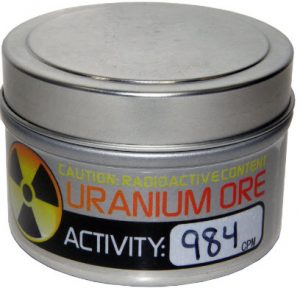 5. Uranium Ore: Can you imagine that a product that is highly dangerous is made available to the public? Well, you will believe if you happen to know Uranium Ore. When other countries are fighting over the ownership of Uranium, the American government doesn’t seem to mind individual consumers buying uranium. But, it has to be strictly for the educational use and experiments only. Nearly 18.6 million pounds of this low radioactive product has been purchased by the US citizens so far. 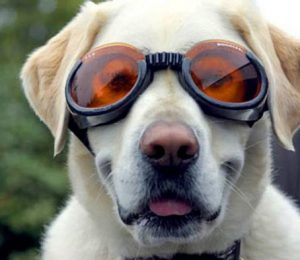 6. Doggles: We know Goggles! When dogs wear goggles, they become Doggles! This product deserved a place on our list of weird products in the USA. But, this is a highly useful product too. If you have a dog and taking him in your car; then you know how much these dogs love to sticking their heads out. If your dog is sensitive to the sunlight; then Doggles are the answer. The Doggles were so popular that ever the US military bought 120 pairs for their canines. 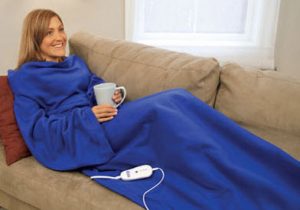 7. The Snuggie: well, there is nothing weird in the Snuggie. It’s actually a wearable blue blanket with sleeves. You can wear it and sleep into it. Highly comfortable and it won’t slip away from your body while you are sleeping. But, it became one of the weird products in the USA, when it became a fashion statement. People actually started wearing snuggies out of their houses and at various public places such as on a flight, sports events and even in the pubs. It’s absolutely fine to make a fashion statement until people around you are okay with it!

Do you know any other weird products that people buy? Let us know!