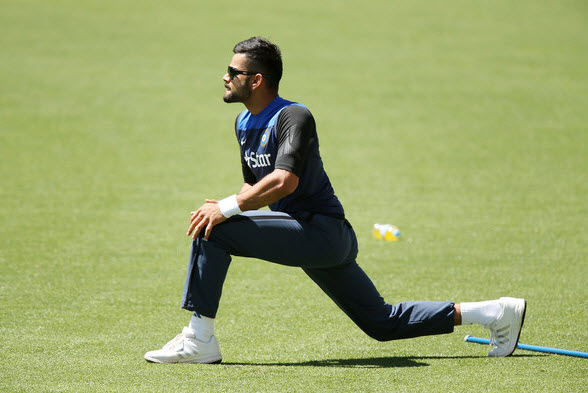 Virat kohli hits to the gym after India registered an emphatic win by an innings and 92 runs over West Indies at Antigua. 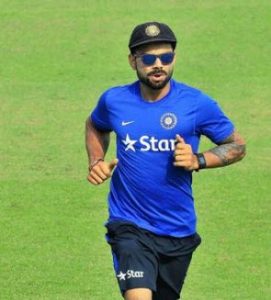 Virat Kohli’s first Test double hundred came against West Indies at Antigua during first encounter of the 4-match series where the visitors registered a mammoth 566/8 and later dismissed West Indies for 243 and 231 runs in first and second innings respectively.

Virat Kohli, who leads India as a full-time captain for the first time outside the subcontinent after taking the reigns from MS Dhoni, has been in phenomenal form throughout the year.

The Right-hander Virat Kohli has scored 1980 runs in this year across all formats.

His most destructive form was seen in the ninth season of Indian Premier League where he went on to score 973 runs with four centuries and seven fifties. 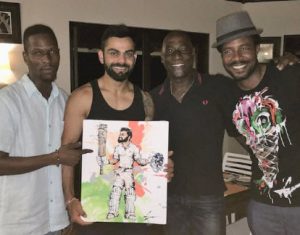 Virat Kohli also received a painting made by Viv Richards’ son and his artist friend after his heroic knock in the first Test at Antigua.

He has been hailed for his aggressive captaincy from former greats around the globe and hopes to lead India to No. 1 Test spot.

Kohli’s transformation into a fit cricketer is because of his improved fitness and his ‘work ethics’ – something which has attracted praise from all quarters. India’s skipper, who has been a regular visitor to the gym, is seen following his fitness plan even on the tour of West Indies as he took to his Instagram of him doing some weight-lifting exercise.

“Train hard or don’t train at all. Hard Work has no shortcuts.. Love my lifting sessions” quotes Virat.